Washington, DC is easily accessible by train, plane, or car.

DC is served by three airports:

Washington, DC has an extensive underground metro system. We are located right at the Foggy Bottom-GWU stop on the Orange/Blue/Silver lines. For information on the metro system, please see the WMATA website.

Many bus companies have routes to Washington, DC or nearby Arlington, VA, including Bolt Bus, Mega Bus, Vamoose, Greyhound and others.

Washington, DC is unfortunately known for its traffic, so please allow extra time for travel.  DC is divided into four quadrants around the Capitol building - we are located in "Northwest," so every street name is followed by "NW."  Letter and number streets run perpendicularly to each other, and state-named streets tend to run on a diagonal. We've got several traffic circles too, so stay alert!

A limited number of visitor parking spots are available on campus. If you drive on the day of your interview, please park in our designated garage so we can validate your parking ticket: University Parking Garage under the Science and Engineering Hall (H Street, NW between 22nd Street, NW and 23rd Street, NW). 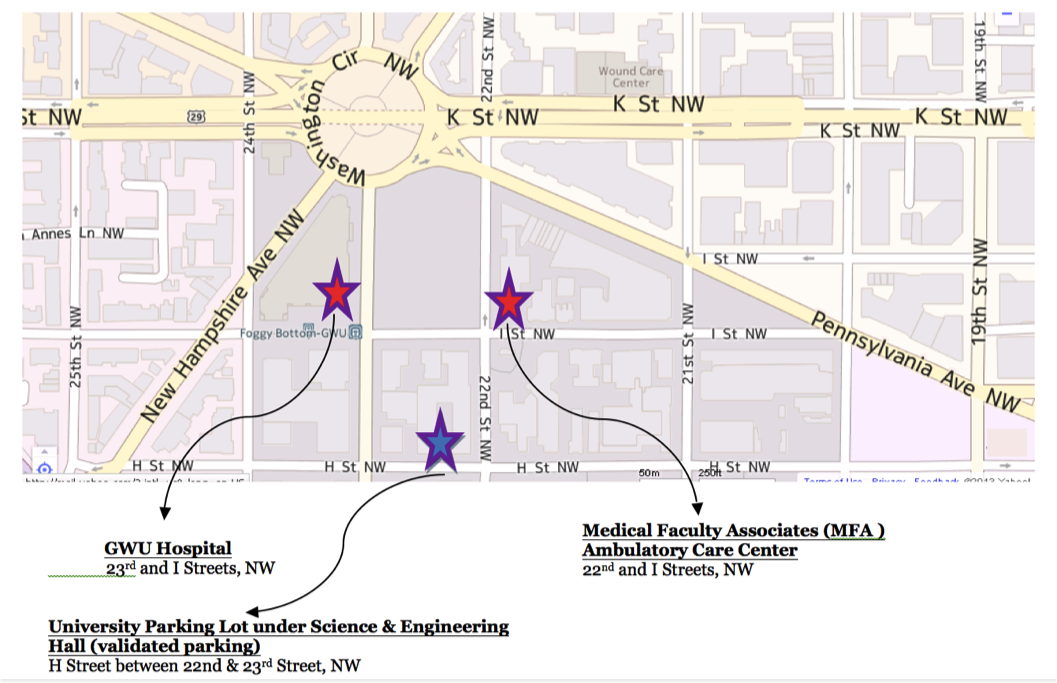